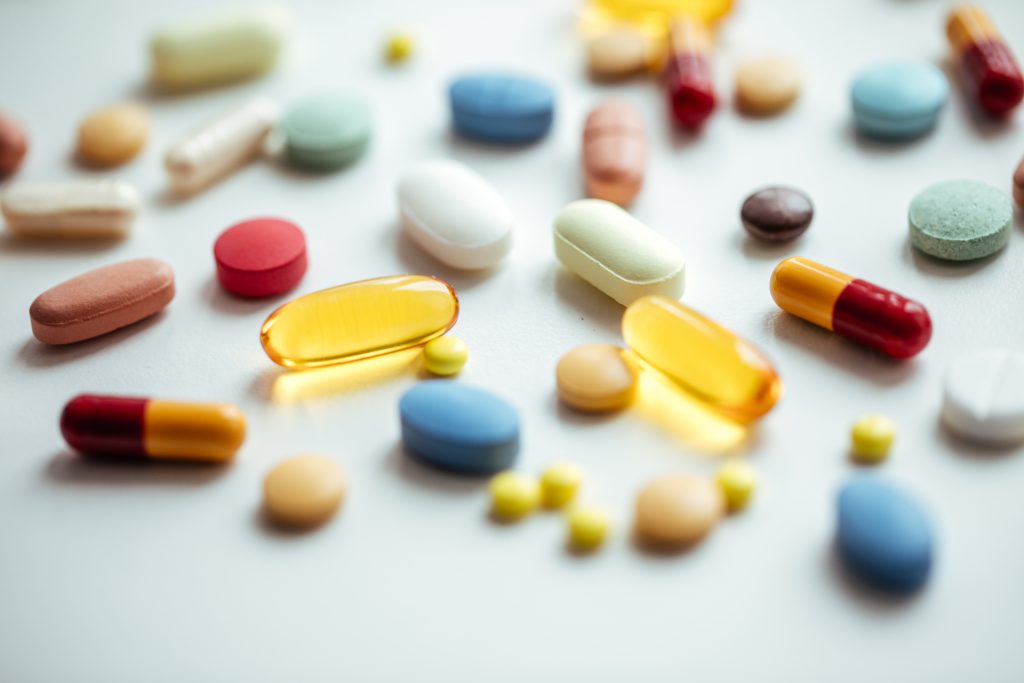 When you reach for a pain reliever, what are you most likely to find in your medicine cabinet? And does it matter? While aspirin, Tylenol and Aleve may appear similar and aim for the same results, their effects can vary. Below is a quick guide to today’s most recognizable over-the-counter (OTC) pain relief products.

The effectiveness of nonsteroidal anti-inflammatory drugs (NSAIDs) in alleviating pain and reducing inflammation is well documented. They work by blocking the effects of specific enzymes to decrease the number of prostaglandins made in the body, which cause tissue to swell and increase the pain you experience. While widely used, it’s important to be aware of the limitations of these medications, most notably that all NSAIDs except aspirin carry an FDA warning for increased risk of heart attack, stroke or high blood pressure when used at high doses for long periods of time. They can also cause stomach upset, heartburn, and ulcers which may bleed; because they are blood thinners, should not be taken with medications such as Coumadin. Additionally, NSAIDs provide rapid pain relief for most, but may require a two-to-three week regimen to realize anti-inflammatory effects.

Acetylsalicylic acid/aspirin (Bayer, Bufferin)
Aspirin, the first OTC pain reliever to be mass produced in the early 1900s, is still the most commonly used for headaches, minor aches and pains and inflammation. Unlike other NSAIDs, it is not associated with a higher risk of heart attack.

Ibuprofen (Advil, Motrin)
Ibuprofen is commonly used to treat pain and bring down fever, and alleviates symptoms of migraine, menstrual cramps, toothache, and inflammation with better results than aspirin. Some studies point to a lower risk of ibuprofen causing ulcers and gastrointestinal bleeding than other NSAIDs.

Naproxen sodium (Aleve, Midol)
This NSAID is most effective for alleviating backaches, arthritis, sprains and other types of inflammatory-based pain. In comparable doses, naproxen has a longer-lasting effect than other pain relievers, lasting 8 to 12 hours versus 4 to 8.

Acetaminophen (Tylenol, Anacin)
Tylenol, the most well-known brand of acetaminophen, is used to treat pain and reduce fever and is safe for both heart and gut. However, this non-NSAID can’t be used to relieve inflammation-related conditions. Also different from NSAIDs, acetaminophen is broken down and removed by the liver, and taking too much in a 24-hour period can cause liver damage. Be sure to read product labels carefully because acetaminophen, ibuprofen and aspirin are often combined in products to treat cough, flu or sinus infection.

Which pain reliever should you take? There are no easy answers because individual responses to the same type and dose of medication can be considerably different. It’s sometimes necessary to try one drug and then another to determine optimal treatment; or consider prescription medications. Please call our office to discuss your best options.

The long-accepted use of a daily low-dose aspirin to treat or prevent heart attacks or strokes was re-examined in light of recent studies showing the therapy’s heightened risk of gastrointestinal bleeding or hemorrhagic stroke outweighed its benefits for people who are healthy with no history of cardiovascular disease. Some experts now recommend daily aspirin therapy only for those who’ve already had a heart attack or stroke, a coronary artery stent or coronary bypass surgery, or are at a higher risk for coronary artery disease.

Always using pain relievers to bring down a fever has been challenged, somewhat controversially, by researchers including Dr. Paul Offit, vaccinologist at the University of Philadelphia and author of Overkill: When Modern Medicine Goes Too Far. “Fever is a symptom that occurs for a reason,” he says. “The immune system actually works better at a high temperature, so treating a fever with aspirin can prolong or worsen illness.”

The post A Guide to the Power Players in Pain Relief appeared first on Specialdocs Consultants.